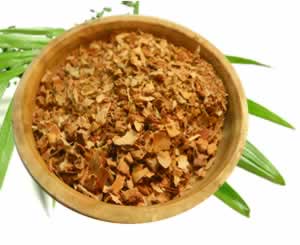 How to Use: Birch

Birch is a natural pain reliever containing salicylate, the compound found in aspirin. Salicylate relieves the inflammation and pain associated with osteoarthritis, rheumatoid arthritis, gout, and generalized muscle pain. Salicylate deters the body's production of certain prostaglandins that are linked to inflammation, pain, and fever among other things. An other reason birch calms arthritis and gout is it's cleansing diuretic action that eliminates toxins and excess water. Sweet birch can have good results against cellulite. 1, 3

The antibacterial and anti-inflammatory actions of birch bark support it's traditional uses in skin disorders such as eczema. Traditional healers have long considered the leaves of the white and silver birch effective for skin rashes and hair loss. The essential oil of birch is astringent and is mainly employed for its curative effects in skin affections, especially eczema. 2The American species Betula lenta, (Sweet Birch, Cherry Birch) oil is almost identical with Wintergreen oil, but is not as toxic. Still, the methyl salicylate it contains can have harmful effects if used unwisely, and it is not for general use in aromatherapy and never to be taken internally. Birch bark and leaf in whole herb form have a much lower toxicity.

Birch bark and leaf is also used as an antibacterial diuretic in the treatment of urinary tract infections and cystitis. To increase the effect (and reduce burning) add a pinch of sodium bicarbonate (baking soda) to the infusion. 2,3

Betulin and betulinic acid, both present in birch bark display some anticancer and anti-tumor properties, 4 though neither is touted as a stand alone cure for cancer these constituents add another reason to employ birch in healing remedies and help to validate its history of use from ancient times until today.

Preparation Methods & Dosage :Birch leaves and birch bark can be taken in teas, and infused in oil for pain relief. Birch bark helps ease muscle pain if applied externally, with the fresh, wet, internal side of the bark placed against the skin. The essential oil should only be used in minute amounts.3

Birch Side Effects: Birch essential oil should be used cautiously and in dilution. Using whole herb applications of Birch leaf and root is preferable. Not to be used for anyone on blood thinning medications, the elderly or fragile. Not for use when pregnant or nursing. 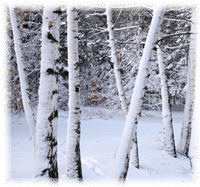 The birch is a soft-wood tree native to cold, northerly climates. The name is a very ancient one, probably derived from the Sanscrit bhurga, 'a tree whose bark is used for writing upon.' Coleridge speaks of it as the 'Lady of the Woods'. It is remarkable for its lightness, grace and elegance, and after a rain it has a fragrant odor. The sap, preserved with cloves and cinnamon, was once taken to treat skin diseases like acne as well as rheumatism and gout.

It is a tree of Venus; the juice of the leaves, while they are young, or the distilled water of them, or the water that comes from the tree being bored with an auger, and distilled afterwards; any of these being drank for some days together, is available to break the stone in the kidneys and bladder, and is good also to wash sore mouths
Nicholas Culpeper, 1653