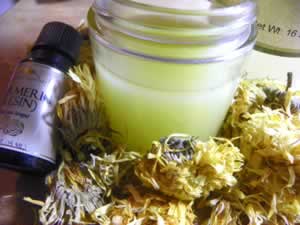 Psoriasis may be one of the oldest recorded skin conditions. It was probably first described around 35 AD. Plaque psoriasis is the most common type of psoriasis. About 80% of people who develop psoriasis have plaque psoriasis, which appears as patches of raised, reddish skin covered by silvery-white scale. These patches, or plaques, frequently form on the elbows, knees, lower back, and scalp. However, the plaques can occur anywhere on the body. While this condition is not life threatening, it has a profound effect on the peoples lives, self esteem and confidence.

Unlike skin conditions that are the result of external causes, psoriasis is an autoimmune disorder, and runs in families (like it does in mine). Drug treatments are much the same as for rheumatoid arthritis, and include steroids and biologics that depress the immune system. These treatments come with a high risk of side effects, and the prohibitive cost puts them out of reach of many people.

Detoxify your system with herbs Regular use of purifying herbs addresses an underlying cause of chronic skin conditions like eczema, psoriasis, and acne. oregon grape, sarsaparilla, and licorice are used in herbal medicine as a blood purifiers. Oregon grape is a muscular antioxidant and contains substances that help deter the formation of certain skin cells, which is why it is useful against psoriasis. Sarsaparilla soothes psoriasis and eczema most likely by disabling bacterial components called endotoxins that show up in the bloodstreams of people with psoriasis, rheumatoid arthritis and gout. (Duke,James, Ph.D.) Burdock and dandelion are also recommended to flush out your system. These cleansing herbs work by helping to rid the body of toxins that may be making your immune system react and help keep plaque psoriasis skin cells from forming. (Dawson,Adele) Cleavers and figwort both act as diuretics and blood purifiers. 3 Root teas can be used as a skin washs or taken internally to protect and support the liver.

One of the hardest things to deal with is the constant itching of the dry, scaling plaques as they are constantly forming over new skin. Menthol works better than anything else I have ever tried to stop itching. Menthol is used in many OTC psoriasis remedies, and is often combined with cortisone. For home remedies, you can get menthol from peppermint oil, or purchase menthol crystals in bulk. I like to combine it with cayenne infused in organic olive oil. This simple home remedy has been more effective than anything else we have tried. Capsasin, the most potent constituent of cayenne, has been shown to be effective in treating the symptoms of psoriasis. 4

Diet supplements for psoriasis: Borage Seed Oil is a good choice for skin disorders such as psoriasis and eczema, and can be taken as a supplement or mixed with other skin care oils for topical releif. It is regenerating and stimulating for all skin types. In Ayurveda, the ancient medical system of India, turmeric has long been used to acheive glowing, healthy skin. Modern studies confirm that those with psoriasis can especially benefit from daily supplementation and the liberal use of turmeric in cooking. The curcumin in turmeric acts to disrupt the cycle of skin plaque formation, working in a similar manner to the new biologic TNF inhibitors. Curcumin has been reported to be active in alleviating a host of inflammation-related conditions including multiple sclerosis, rheumatoid arthritis, psoriasis, and others. 1, 2

Sunshine I know many dermatologists recoil in horror at the thought of exposing skin to sunshine without first applying sunscreen, but 15 minutes of daily sun does so much to keep psoriasis under control, that for my family the benefits outweigh the risks. You need to weigh the benefits and risks of any sort of light therapy before making a decision on whether it is right for you.

Bath and body care for psoriasis: Herbal tea baths work to keep your troubled skin in good repair, but remember the hotter the water, the more drying it is. It is important to re-hydrate your skin with herbal oils during and after hot baths and showers. Rich, tropical tamanu oil is healing to serious skin problems such as psoriasis and is a luxurious treat for dry, irritated skin. Juniper oil makes a very good aromatic water for cleansing and toning the skin. Juniper stimulates the circulation and acts as a blood purifier, making it useful for eczema, dermatitis, and perhaps psoriasis. Shampoos containing coal tar also help the dandruff and dry scales that form on the scalp.