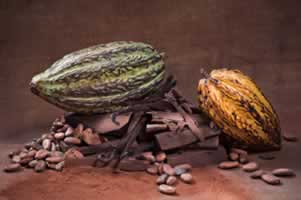 How to Use: Cacao

Theobromine, the alkaloid contained in the chocolate beans, has a positive effect on mood, and is a healthy antioxidant as well. 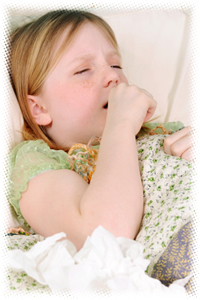 Cacao Theobroma, "food of the gods" : Chocolate is made from the fermented, roasted and ground beans taken from the pods of the tropical cacao tree. There is plenty of accumulating good news for those of us who are chocolate lovers. Dark chocolate that contains a high percentage of cacao has been shown to have positive effects on mood, high blood pressure, and heart health, improving circulation and having no adverse effects on cholesterol. 2

There are over 350 known chemicals found in chocolate, including stimulants like caffeine, theobromine, phenylethylamine and anandamide. Theobromine, the alkaloid contained in the beans, resembles caffeine in its action, but its effect on the central nervous system is less powerful and does not have the sleep disturbing effects of caffeine. Research published in the the FASEB Journal in February 2005 makes a strong case that dark chocolate can be a powerful cough suppressant. The theobromine content of dark chocolate may actually be a more effective cough medicine than traditional or over-the counter cold and cough remedies.cough medicine making it a safe nighttime calmer for children. 4

Phenylethylamine (PEA) is partly responsible for the "high" that you get from eating chocolate. PEA facilitates the release of dopamine a naturally occurring chemical into your body. The neurotransmitter anandamide, also found in chocolate is responsible for the prolonged pleasurable sensation of the previous mentioned PEA. This positive feeling can help support your diet goals along with cardiovascular exercise and reduced calorie intake. Whatever the reason recent studies show that adults who eat chocolate on a regular basis are actually thinner that those who don't and that modest, regular chocolate consumption might be calorie-neutral. The key to using chocolate is to learn to enjoy it without mixing it with loads of sugar. The darker the chocolate, the more health benefits ( and less sugar) it contains.

Chocolate enjoys an reputation as an aphrodisiac, which may explain the tradition of chocolates and Valentines day. It's interesting to note that most researchers claim that women prefer chocolate over sex. Cocoa Butter is an aromatic solid butter pressed from the roasted seeds of the cacao tree that brings a supple, luxurious feel to dry skin.

Preparation Methods & Dosage :Cacao beans can be used whole, broken into nibs, or ground into powder. Cacao can be added to herbal teas and homemade hot chocolate. The less processed the cacao beans, the more healthy benefits are retained. Products sold as cacao, rather than cocoa generally are more likely to have undergone less processing. The aromatic cacao butter that is extracted from the raw cacao during processing makes a great body butter. Cacao butter is usually combined with other oils in creams and body lotions to soften it.

Cacao Side Effects: Theobromine is also the reason why animals can not eat chocolate. It is not processed as efficiently in animals and can cause a toxic buildup in their systems. 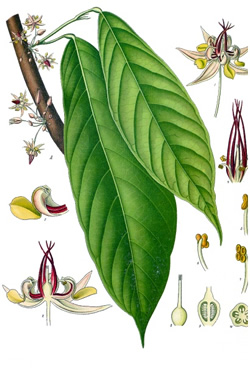 Köhler's Medizinal-Pflanzen 1887
Cacao was named Theobroma by Linnaeus, the word meaning 'food of the gods,' so called from the goodness of its seeds. Mexicans named the pounded seeds Chocolate, an Aztec word used to describe a number of raw and processed products that originate from the tropical cacao tree. The tall, handsome tree is generally cultivated on large estates under the shade of other trees, such as the banana and develops the pods continuously. When ripe they are cut open and the beans or nuts surrounded by their sweetish acid pulp are allowed to ferment so that they may be more easily separated from the shell.


In Mexico during the time of the Aztec kings the small seeds were utilized as coins twelve approximating to the value of 1d., the smallest actual coin in use then being worth about 6d. The seeds were necessary for small transactions. The method is still in use in some parts of Mexico.