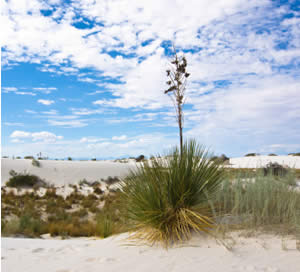 How to Use: Yucca

Yucca is a medicinal plant genus native to Mexico and the Southwestern US. Yucca was used widely in Native folk medicine for it's anti-arthritic and anti-inflammatory effects which support Yucca's promise in the treatment of both osteoarthritis and rheumatoid arthritis. The plant contains several physiologically active phytochemicals. It is a rich source of steroidal saponins, and is used commercially as a saponin source. The steroidal saponins in yucca are used as starter substances in the production of synthetic steroid drugs. These phytosterols work with the natural immune functions of the body, and assist the body in using and producing these its steroid related hormones.1 Clinical trials conducted on constituents isolated from Yucca schidigera bark found evidence that the anti-inflammatory properties of these saponins have anti-tumor properties that may be important in further cancer research. 2

In the Kitchen: Cassava Root, Manihot esculenta., shares the common name yucca, but is not related botanically. The starchy root is eaten in lei of potatoes in South american dishes.

Yucca Side Effects: Overuse may cause indigestion. It is recommended to give a two day break from the herb each week, if using over a long period of time. 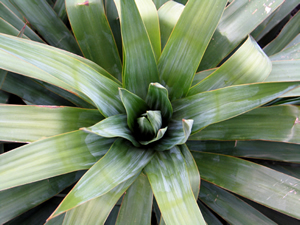 yucca plant
Yucca is traditional favorite of Native Americans that grows primarily in the dry coastal canyons of California and the inland deserts of the western United States. Older scholars considered it a member of Agavaceae, while it is most currently placed in the Lily family. The one thing everyone agrees on is that yucca is not a cactus. The various species differ primarily by their size, with Y. brevifolia, the Joshua tree, growing up to 20 feet tall. Most species including the more common Y. schidigera, the Mojave yucca grow as a 1 to 6 foot high clump with sharp and swordlike leaves and beautiful cream colored flowers. It is this species the is the primary on marketed by the natural products industry.

Many Native American tribes uses yucca as a food, and it has traditionally been used as an arthritis remedy.

It has been postulated that saponins may have anti-arthritic properties by suppressing intestinal protozoa which may have a role in joint inflammation. Yucca is also a rich source of polyphenolics, including resveratrol and a number of other stilbenes (yuccaols A, B, C, D and E). These phenolics have anti-inflammatory activity. They are inhibitors of the nuclear transcription factor NFkappaB. NFkB stimulates synthesis of inducible nitric oxide synthase (iNOS), which causes formation of the inflammatory agent nitric oxide. Yucca phenolics are also anti-oxidants and free-radical scavengers, which may aid in suppressing reactive oxygen species that stimulate inflammatory responses. Based on these findings, further studies on the anti-arthritic effects of Yucca schidigera are warranted.