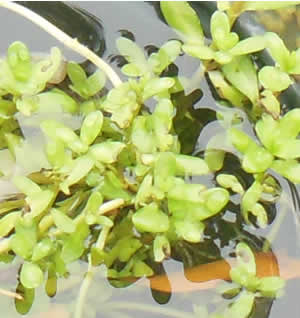 How to Use: Bacopa

Bacopa appears to strengthen memory and improve concentration by enhancing the conductivity of nerve tissue. It is relatively new here in the West, and has garnered a good deal of buzz as a nootropic supplement used to enhance memory, but has been used in traditional Ayurvedic medicine since ancient times to treat mental illness and a range of mental functions. Traditional applications and in vitro lab studies show that Bacopa has a direct effect on improving brain functions, increasing concentration, and in promoting memory functions. 1

Preparation Methods & Dosage :Dried Bacopa can be used as a tea. Its warming, woody and slightly bitter taste can be made palatable with honey. The liquid extract may be easier to administer in high enough doses to achieve the memory enhancing effects. The effectiveness of brahmi is increased by simultaneous supplementation with inositol and/or a B-vitamin complex. Studies of a propritory formula combining bacopa, astaxanthin (from Haematococcus pluvialis algae), phosphatidylserine, and Vitamin E have also show postive effects on mild congnitive impairment (MCI). 2

Brahmi is the common name of both goto kola (Centella asiatica) and Bacopa monniera. These two herbs are not botanically related but are used almost interchangeably in Ayurveda, both targeting the brain and nervous system. Traditional formulations include spices and honey to make a palatable mixture. (Balch, Phyllis A. CNC) 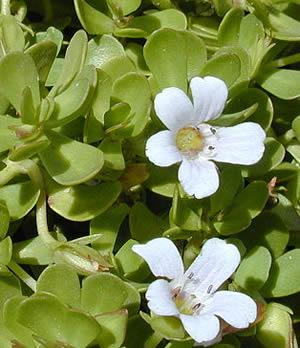 How to Grow Bacopa

It is known locally in India as Brahmi, due to the plant's association with the Hindu god Brahma. Bacopa has been used for almost 3,000 years in Ayurvedic medicine. The plant is mentioned in several Ayurvedic texts including the Caraka Samhita and the Bravpra-kash Var-Prakarana as a treatment for a range of mental conditions.