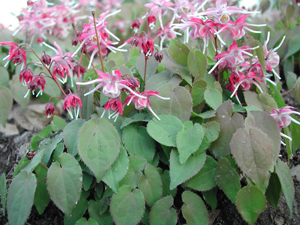 How to Use: Epimedium

Epimedium is used to treat menopause in women often combined with Morinda. It is officially listed by the Chinese Academy of Medial Sciences as one of an elite group of herbs that slow down aging and promote longevity. Perhaps even more important have been the recent discoveries that Epimedium has powerful immune-modulating activity. 2

TCM practitioners use this herb used to increase the Yang energies, for instance, it would be used to enhance male sexual performance. Recent research has confirmed that Yin Yang Huo can increase sperm production and stimulate sexual desire.

Epimedium Side Effects: Do not exceed recommended dose. Overdoses can cause rapid heart rate, and high blood pressure. 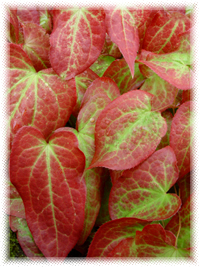 
The name of the herb in Mandarin, yin yang huo, roughly corresponds to "weed for licentious goat." Legend has it that a goat herder discovered the properties of epimedium by observing his billy goats uncontrollable sexual appetites after they grazed on the herb.