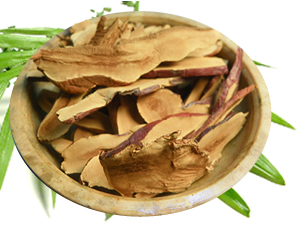 How to Use: Reishi 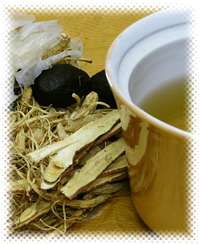 Chinese medicine has used medicinal
mushrooms for thousands of years.

Reishi, or Ling zhi is the extract of the Ganoderma lucium mushroom. This mushroom has been used in traditional Chinese and Japanese medicines for thousands of years, who place it in the highest class of tonic medicines, those who benefit the vital life energy or Qi. Reishi mushrooms are commonly prescribed for a host of conditions such as anxiety, high blood pressure, bronchitis, insomnia, and asthma but is particularly renowned for its use in hepatitis and other diseases of the liver and for promoting longevity. Reishi is used to prevent "fatty-liver" and cirrhosis due to alcohol abuse. 1

The Western focus on reishi is on the mushroom's immuno-enhancing and anti-tumor activities, the exact mechanism is still unknown, but it is thought that the mycopolysaccharides contained in the cell walls may hold the key to the mushrooms medicinal properties.2

Preparation Methods & Dosage :Tea from the dried mushroom, Powdered sprinkled on food or in beverages, as a liquid herbal extract (non-standardized), and as an encapsulated (non-standardized) product from whole mushroom tops.

Cordyceps is another immune-modulating medicinal mushroom that possesses anti-tumor properties and stimulates tumor necrosis factor, a cytokine protein that destroys cancer cells. The name cordyceps in Chinese literally means "winter bug summer herb." It is an antlered fungus that grows in insect larvae, usually before the insect's cocoon is formed. Cordyceps relieves conditions that traditional Chinese medicine (TCM) associates with the kidneys, including high cholesterol and ringing in the ears. The herb is an aphrodisiac that has been used as a cure for impotence.

Reishi Side Effects: Though rare, side effects including dry throat, nosebleeds, stomach upset have been reported after three to six months of continuous use. 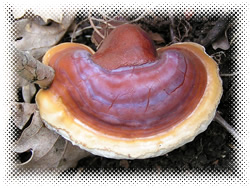 Ganoderma lucidum
Reishi is a polypore mushroom, growing in damp, dark forests and the occasional rotting log. Modern day demand has forced its cultivation in Japan, China and the United States which is promising for the wild stands of Reishi.