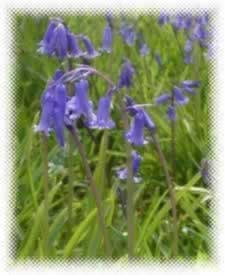 How to Use: Wild Hyacinth

Bluebells, a classic wildflower native to Great Briton and western Europe is no longer used in herbal medicine, its slight benefits being outweighed by the toxic nature of the bulbs. According to the account by Ms. Grieve, the medicinal reputation Wild Hyacinth of England benefits greatly from being associated with the Hyacinthus of Greek mythology, although it is not clear it is in the same genus as the ancient plant of legend. What little medicinal use attributed to the plant originated in writings of John Hill, a noted 18th century botanist who recommended it as a styptic.1,2

Wild Hyacinth Side Effects: The fresh bulbs are poisonous, any use made of this plant is always when dried. 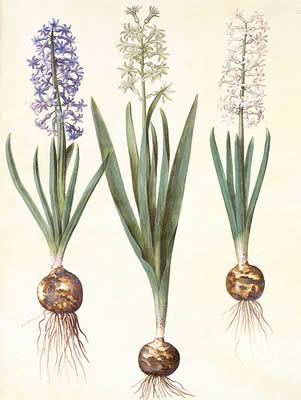 
Tradition associates the flower with the Hyacinth of the Ancients, the flower of grief and mourning, so Linnaeus first called it Hyacinthus. Hyacinthus was a charming and handsome Spartan youth, loved by both Apollo and Zephyrus. Hyacinthus preferred the Sun-God to the God of the West, who sought to be revenged. One day, when Apollo was playing quoits with the youth, a quoit that he threw was blown by Zephyrus out of its proper course and it struck and killed Hyacinthus. Apollo, stricken with grief, raised from his blood a purple flower on which the letters 'ai, ai,' were traced, so that the cry of woe might for evermore have existence on the earth. As our English variety of Hyacinth had no trace of these mystic letters, our older botanists called it Hyacinthus nonscriptus, or 'not written on.' A later generic name, Agraphis, is of similar meaning, being a compound of two Greek words, meaning 'not to mark.' 1