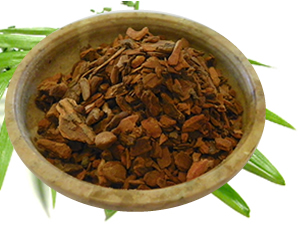 How to Use: Sassafras

A cup of sassafras root tea has been a traditional spring tonic in the South for hundreds of years. A pot of sassafras simmering on the back burner was a part of the home medicine for the early American colonists, who learned of it's use from the Iroquois and Seneca tribes. Sassafras tea was considered to be a blood purifier and the essential oil was used in liniments. Sassafras was exported from the colonies to Europe where it caused quite a stir.3 Sassafras combined with prickly ash, cayenne and camphor was made into liniments for rheumatism. 1,2

Sassafras is sometimes combined with sarsaparilla in herbal formulas to address prostate problems in men, however this use is based on folklore and has not as yet been supported by modern research.

In the bayous of Louisiana, filÉ powder. is made from dried and ground sassafras leaf. It is used as a seasoning and primarily thickening agent in gumbo, and has a wonderfully pungent and aromatic flavor..3

Preparation Methods & Dosage :Almost always found as a beverage or tea. The essential oil is more difficult to find and use and is often adulterated with camphor.

Not for use in pregnancy. Do not experiment with sassafras if you are not knowledgeable about herbs. Not for long term use.

Animal studies in the 1970's showed that safrole caused permanent damage to liver tissue, leading to it's ban in food products by the FDA. Safrole is a precursor for the clandestine manufacture of the drug MDMA (ecstasy), and as such, its transport is monitored internationally. 1 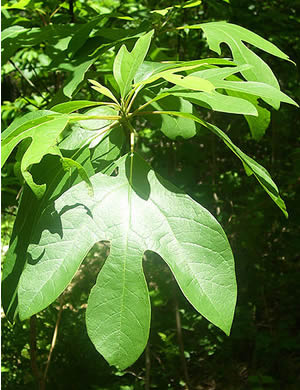 Sassafras is first mentioned in correspondence by Spanish explorers to the New World in 1574, as a miracle cure for ague (malaria like fever and chills), giving rise to the common name "ague tree". North American Indian tribes used sassafras as a tonic after labor, to cure venereal diseases, cases of rheumatism, and to ward off colds and fevers. 4

"A nutritive starchy product named Salep, or Saloop, is prepared from the roots of the common Male Orchis, and its infusion or decoction was taken generally in this country as a beverage before the introduction of tea and coffee. Sassafras chips were sometimes added for giving the drink a flavour."5