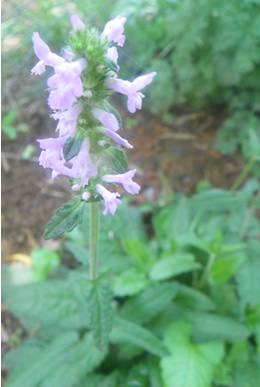 How to Use: Wood Betony

Though this nearly forgotten mint has become increasingly rare modern herbal medicine, wood betony was once considered almost a panacea by the elder herbalists.

Little modern research has been done to either prove or disprove the medicinal values attributed to betony, which means less about its potential as a medicinal plant than it does its lack of potential as a money maker. Betony was once used to treat chest and lung problems, worms, fever, gout, uterine bleeding, dizziness, and many other afflictions, including protection against witchcraft

Preparation Methods & Dosage :Herbal tea: The dried herb may also be smoked to relieve headache, and is a component of British Herb Tobacco.

Wood Betony Side Effects: There are no known adverse effects from use of wood betony other than occasional mild nausea. Not for use in pregnancy, as it is a mild uterine stimulant 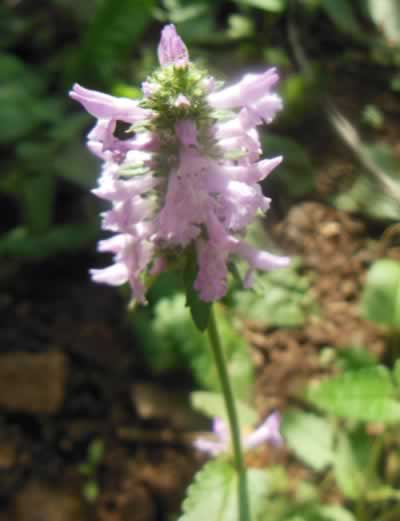 Wood betony
Native to Europe, wood betony is now planted in many parts of the world with temperate climates.
Grieve writes -It is a pretty woodland plant, met with frequently throughout England, but by no means common in Scotland. Though generally growing in woods and copses, it is occasionally to be found in more open situations, and amongst the tangled growths on heaths and moors.

How to Grow Wood Betony

Betony grows easily from seed, root divisions or cuttings, and has no special soil requirements. A herbaceous perennial that grows wild in woodland meadows, the plant will thrive in full sun to partial shade. For tea, harvest the aerial parts (leaves, stems and buds) just before the plant flowers.

Related Species Pedicularis canadensis A native American plant also known as wood betony is a figwort relative, unrelated to betony which is in the mint plant family.


Betony was a herb well known and used by early American settlers, "There is no illness brought by cold in which betony cannot be administered effectively," wrote the Colonial American herbalist John Sauer


Many extravagant superstitions grew up round Betony, one, of very ancient date, was that serpents would fight and kill each other if placed within a ring composed of it; and others declared that even wild beasts recognized its efficacy and used it if wounded, and that stags, if wounded with a dart, would search out Betony, and, eating it, be cured. Betony was endowed with power against evil spirits. On this account, it was carefully planted in churchyards and hung about the neck as an amulet or charm, sanctifying, as Erasmus tells us, 'those that carried it about them,' and being also 'good against fearful visions' and an efficacious means of 'driving away devils and despair. Grieve, Maude A Modern Herbal Vol 1 (1931)

Wood betony was the most beloved of the bewitching herbs. It was used to bathe children who were possessed or bewtiched, it was believed the bathwater washed away the bad magic. The esteem in which betony was held can be appreciated in the Italian saying Venda la onica e compra beonica "Sell your coat and buy betony". Claudia Muller-Ebeling, Wolf-Deieter Storl Witchcraft Medicine(1998)

The herb is appropriated to the planet Jupiter, and the sign Aries. Antonius Musa, physician to the Emperor Augustus Caesar, wrote a peculiar book of the virtues of this herb; and among other virtues saith of it, that it preserves the liver and bodies of men from the danger of epidemical diseases, and from witchcrafts also;
Nicholas Culpeper, 1653