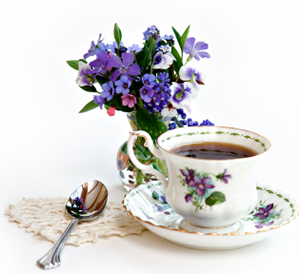 How to Use: Violet

February's flower, the violet, is a symbol of faithfulness, modesty, and simplicity. While we modern folks regard violets as nothing more than pretty garden flowers, violets have been used medicinally for ages, and are an important part of traditional folk medicine. Violets are a rich source of vitamins A and C. They also contain a type of antioxidant called an anthocyanin. The wild pansy became naturalized in this country from Europe and the principal changes in cultavation are seen in the immense varities, size and colors of the flowers.

“The common dark-blue violet makes a slimy tea, which is excellent for the canker. Leaves and blossoms are both good. Those who have families should take some pains to dry these flowers.“
American Frugal Housewife, 1833

“The use of the pansy in medicine dates far back in ancient medication, the first real experimentation with the plant is that of Starck in 1776 who wrote "De crusta lactea infantum ejusdemque remedis dissertatio, etc", in that year; the provings substantiate this use of the plant and show it to be useful in other forms of impetigo (skin infections). Its use in some forms of burrowing ulcers, tinea capits and scabies is also sanctioned. ”
Millspaugh, Charles F. "American Medicinal Plants" (1882) 20[20-2]

Violet Side Effects: None noted 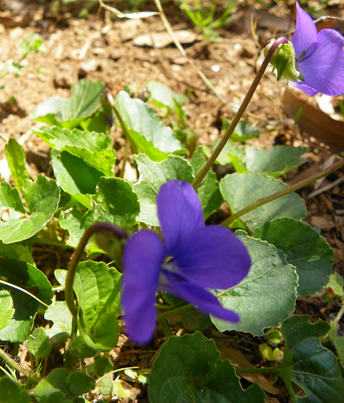 How to Grow Violet


Folklore lists the humble and simple violet among the powerful forces against evil, which is perhaps why the Greek city of Athens considered the violet its token flower.

Legend says Jupiter changed his beloved Io into a white heifer for fear of Juno's jealousy, he caused these modest flowers to spring forth from the earth to be fitting food for her, and he gave them her name.

It is a fine pleasing plant of Venus, of a mild nature and no way hurtful. All the Violets are cold and moist, while they are fresh and green, and are used to cool any heat or distemperature of the body, either inwardly or outwardly, as the inflammation in the eyes, to drink the decoction of the leaves and flowers made with water or wine, or to apply them poultice wise to the grieved places; it likewise easeth pains in the head caused through want of sleep, or any pains arising of heat if applied in the same manner or with oil of Roses
Nicholas Culpeper, 1653