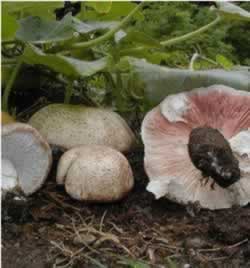 How to Use: Agaricus blazei mushroom

Agaricus blazei is one of the most popular medicinal and culinary mushrooms with a delicious almond extract flavor and meaty texture. This species of mushroom native to Brazil, and widely cultivated in Japan for its medicinal uses. A. blazei has been used in complementary and alternative medicine to treat many immune disorders and is being studied as a treatment for cancer. It was traditionally used to treat many common diseases like cardiovascular disease, hepatitis, high blood cholesterol, diabetes, and skin disorders like eczema.2

Agaricus blazei mushroom Side Effects: There is some cause for concern that this popular medical mushroom may cause liver damage when the extract is taken in clinical doses. More human studies are needed on the benefit/risk ratio before it is widely recommended as an anticancer treatment. As with all wildcrafted mushrooms there is also a risk of contamination, but if you are sure of your source these mushrooms can be a healthy addition to the diet. 4

Mushroom is generally described as having small to large fruit bodies with white, yellow or brown pileus; free lamellae that are pallid or pinkish when young, later becoming chocolate-brown; and also dark-brown, smooth basidiospores. 2

Agaricus subrufescens Peck was cultivated first in the late 1800s in eastern North America. The type consists partly of cultivated material and partly of field-collected specimens. Once a popular market mushroom, the species faded from commerce in the early 20th century. More recently, a mushroom species growing wild in Brazil has been introduced into cultivation in Brazil, Japan and elsewhere. This Brazilian mushroom has been referred to by various names, most commonly as A. blazei Murrill (sensu Heinemann) and most recently as A. brasiliensis Wasser et al.