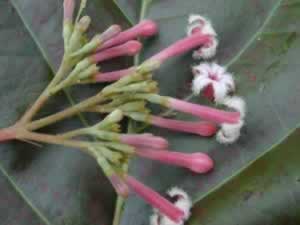 How to Use: Peruvian Bark

Jesuit's Powder, also called Peruvian Bark, or Cinchona, is the historical remedy for all forms of malaria. The powdered bark of this South American Andes tree is the source of quinine, which became famous for the treatment of malaria, fever and pain in the 17th century. Its main active principle, quinine, is now chemically synthesized. The term quinine comes from the Peruvian ghina, or quina-quina. Another compound in chinchona, quinidine, is now a standard anti-arrhythmic medication. Quinine is the source of the bitter taste in tonic water. The mixed drink gin and tonic originated in British colonial India when the British population would mix their medicinal quinine tonic with gin to make it more palatable.

Peruvian Bark Side Effects: The FDA has banned off label uses of the drug Quinine sulfate due to reports of possible side effects. Tonic water is still a safe home remedy for nighttime leg cramps, however, it is very dilute and generally contains less than 1 percent of the amount of quinine found in a typical therapeutic dose of the drug. 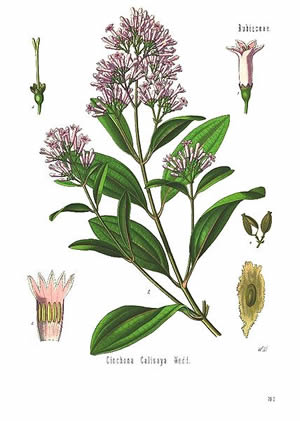 For three centuries quinine, was the only effective remedy known for malaria. It was known to the Jesuits very early in it's history, hence the common name Jesuit's powder. The name of the genus is due to Linnaeus, who named the tree in 1742 after a Countess of Chinchon, the wife of a viceroy of Peru, who, in 1638, was introduced by natives to the medicinal properties of the bark. In the 1860s, the Dutch government began cultivating cinchona trees on the island of Java in an attempt to monopolize the world production of quinine. Even though the trees are now cultivated worldwide, the bark is still sometimes referred to as "Peruvian" bark