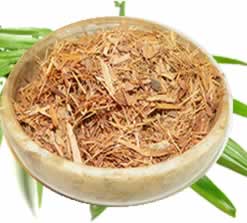 How to Use| Side Effects |

How to Use: Catuaba

Catuaba is the most famous of the Brazilian aphrodisiac plants, noted for it's ability to strengthen erections. Catuaba is an aphrodisiac that is useful in the treatment of impotence and prostatitis, and has been studied for possible benefits as a protective against opportunistic infection in HIV/AIDS. 1,4 In 2002, a Brazilian company was awarded a patent for an HIV prevention formula based on an extract of the herb, although research is still in progress.2

Preparation Methods & Dosage :Catuaba is most commonly available as a tincture, or can be taken as a decoction. For maximum effect, take the tincture in a small amount of water to which is added 1 teaspoon (4 milliliters) of lemon juice. Acidifying the tincture releases alkaloids and tannins. The native peoples of the Amazon who use catuaba combine it with muira puama, allowing the mixture to stand in warm water overnight to make an amber medicinal infusion. 2Catuaba is sold in commercial formulations in it's native Brazil4

Catuaba Side Effects: Use caution when purchasing catuaba, the bark of many different trees is marketed under this very common name. There are no reported side effects, but as with many popular aphrodisiacs, adulteration is of major concern. 3

Related Species The name catuaba is used for the infusions of the bark of a number of trees native to Brazil. Anemopaegma mirandum, Erythroxylum vacciniifolium, Trichilia catigua
Coca (Erythroxylum coca), whose leaves contain the powerful stimulant cocaine, is closely related.