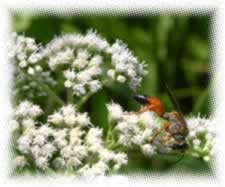 How to Use: Boneset

This Native American remedy for colds and fever was adopted by early settlers to America. The name refers to the plant's use to treat breakbone fever, (dengue), a viral infection that causes such intense muscle pain that sufferers feel their bones will break. Only the advent of aspirin displaced boneset as the popular choice for home remedies. Boneset is still one of the best herbal remedies for the flu and fevers. 4

Boneset Side Effects: Consumption of large amounts can cause nausea, vomiting and diarrhea. Those allergic to chamomile, feverfew, or ragwort should not use. Safety in pregnant women is not established 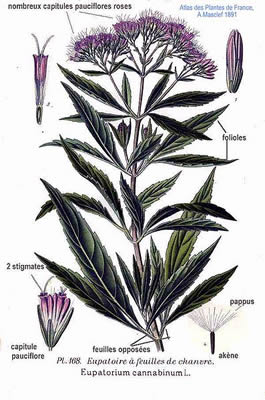 Frequently, in just such situations as its sister the Joe-Pye Weed selects, and with similar intent, the boneset spreads its soft, leaden-white bloom; but it will be noticed that the butterflies, which love color, especially deep pinks and magenta, let this plant alone, whereas beetles, that do not find the butterfly's favorite, fragrant Joe-Pye Weed at all to their liking, prefer these dull, odorous flowers. Many flies, wasps, and bees also, get generous entertain­ment in these tiny florets, where they feast with the minimum loss of time, each head in a cluster containing, as it does, from ten to sixteen restaurants. An ant crawling up the stem is usually discouraged by its hairs long before reaching the sweets. Sometimes the stem appears to run through the centre of one large leaf that is kinky in the middle and taper-pointed at both ends, rather than between a pair of leaves. 2

Though now little used medicinally, herbalists recognize its cathartic, diuretic and anti-scorbutic properties, and consider it a good remedy for purifying the blood, either used by itself, or in combination with other herbs. It had also the reputation of being a good wound herb, whether bruised or made into an ointment with lard.3


Boneset was used extensively by the early American colonists who would keep a good supply of the dried herb on hand to treat colds and fevers.1