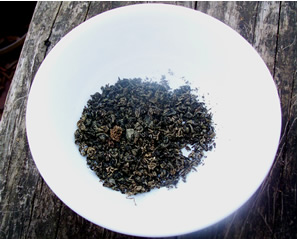 How to Use: Jiaogulan

Jiaogulan is a member of the cucumber family that is native to Asia, and has been used as a medicinal folk tea in Southern China for many years. Research (mostly from China and Japan), has confirmed some of the therapeutic qualities of jiaogulan tea. Jiaogulan (Jiao Gu Lan)is an adaptogen and antioxidant whose chemical constituents (saponins) have properties similar to that of ginseng. The herb tea is valued for it's antioxidant protection, cardiovascular benefits. It reduces the negative effects of stress, has a normalizing effect on blood pressure, and thins the blood. Daily use of the tea may even help increase the metabolism of fats, and be used in successful weight loss programs. Daily use of the tea may not guarantee an immortal lifespan, but this tasty brew is great for your heart. 1, 2

Preparation Methods & Dosage :Best taken as a traditional tea - but also found in capsules and extracts.

The Chinese named the plant xiancao, "herb of immortality, due to the long life spans of those in Southern China who consumed it. Jiaogulan received only passing mentions in the classical Chinese medical texts, that were written mainly from the perspective of central and northern China.

Jiaogulan Side Effects: Do not use if you are taking a prescription blood thinner. 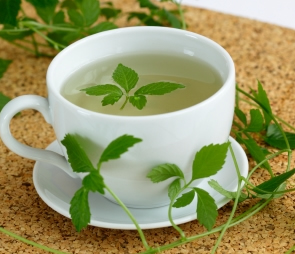