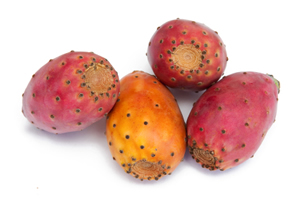 How to Use: Prickly Pear

Prickly pear is a plant in the cactus family used in traditional Mexican cooking and medicine. Prickly pear cacti are a source of calcium, magnesium, and eight essential amino acids. Pectin and water-soluble fiber from prickly pear cacti is effective in treating problems associated with diabetes and obesity, including the regulation of blood sugar and low-density lipoprotein (LDL) metabolism. Antioxidants found in prickly pear cactus include pigments such as betalains, flavonoids, and carotenoids, as well as vitamin C. 1

Preparation Methods & Dosage :The fresh and canned fruit is available at food markets. Nopal juice and supplements are available at health food stores and on line. Follow package directions.

Prickly Pear Side Effects: Safe for food use. Safety in pregnancy is not established. Monitor your blood sugar carefully if you have diabetes and use prickly pear cactus 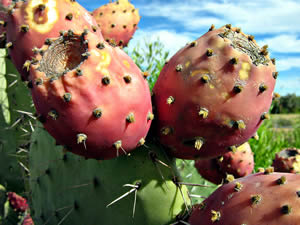 Prickly pear was widely used as long as 6,000 years ago by Native Americans particularly in Northern Mexico and Arizona areas.