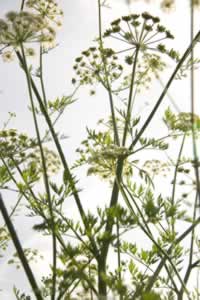 How to Use: Anise Seed

Anise has been a popular remedy here in North America for hundreds of years as carminative, a herb that relieves gas pains and bloating. Other traditional uses include colic, rheumatism, and the familiar licorice-flavor in cough drops. 3

The therapeutic powers of anise's phytochemicals, including creosol and alpapinene, are commonly used in herbal remedies to break up congestion, and ease coughing. Anise is an expectorant that is also antiseptic to the mucous membranes. This means that anise does double duty: it kill germs while clearing the lungs of congestion.1

Anise and the closely related fennel both contain anethol which has estrogenic properties. Both of these herbs have a folklore reputation as tonics for women who are nursing and want to increase milk production , or have menstrual problems like delayed or skimpy periods. 1

Preparation Methods & Dosage :Sweet and very aromatic, anise can be used in tea, or in baking and cooking, the taste compliments cookies, cakes, and pasta dishes. Aniseed gives the Greek liqueur ouzo it's distinctive licorice taste.

Anise essential oil has a sweet, licorice-like aroma that inspires exhilaration, euphoria and elation. Anise oil improve appetites and lift the mood when diffused in the air before dinner.

Star anise is found in many traditional Chinese and Japanese recipes for food and medicine. It is used for similar purposes as sweet anise, but is considered to be drying and warming.

Anise Seed Side Effects: Narcotic in large doses. Anise seeds contain anethole, a plant hormone similar to human estrogen, that promotes menstruation, and lactation in nursing mothers. Anise should not be used while pregnant and in young babies. The essential oil is for topical use only. 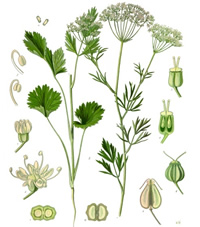 How to Grow Anise Seed

An annual herb the likes full sun and fairly rich soil. Grows to a height of 1 to 2 feet tall. Plant when all danger of frost is over. Gather the seeds in the fall when they start to turn brown. Cut the entire umbel along with a length of stalk, and hang upside down to dry.

Related Species Star anise, Illicium verum , is found in many traditional Chinese and Japanese recipes for food and medicine. It is used for similar purposes as sweet anise, but is a different herb altogether.

Aniseed, or anise is one of the earliest known herbs, mentioned in records before the birth of Christ. The Greeks, including Hippocrates, the peoples of Asia Minor, and the Romans found many uses for it. Japanese plant star anise trees on in their temples and on tombs, and use the pounded bark for incense.


Anise is said to increase psychic abilities and ward off the Evil Eye in magical practices. Anise seed can be burned as incense or drunk as a tea to aid in the inducement of spiritual trances. 3