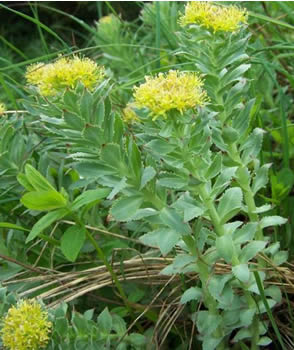 How to Use: Rhodiola

Rhodiola is an adaptogen, and acts in a similar fashion as ginseng. In traditional medicine, rhodiola root was prepared as a tea, and given in treatment of colds, anemia and to enhance fertility and sexual function. Modern research suggests rhodiola may support memory and focus, and relieve depression. Clinical trials have found Rhodiola rosea roots and rhizomes demonstrated anti-depressive activity in patients with mild to moderate depression, with less drug/herb interaction than the better known St. Johns Wort.1,2

Rhodiola Side Effects: Use the smallest recommend dose of rhodiola that provides a benefit when treating depression, or erectile dysfunction. In larger doses it becomes a sedative. Not suitable for bipolar disorders. Do use use while pregnant. 1 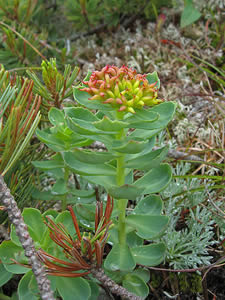 How to Grow Rhodiola

In Siberian villages, a bouquet of rhodiola roots is still given to couples just prior to marriage to enhance fertility and to ensure the birth of healthy children.