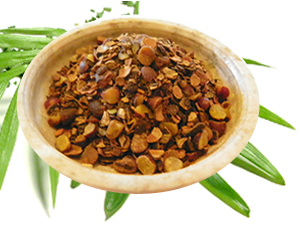 How to Use: Saw Palmetto 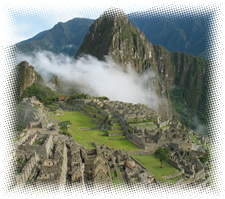 This energizing plant is also referred to as Peruvian ginseng (although maca is not in the same family as ginseng, it is actually closely related to the radish). Maca has been used for centuries in the Andes to enhance fertility in humans and animals and has gained quite a reputation as a sexual tonic. 1 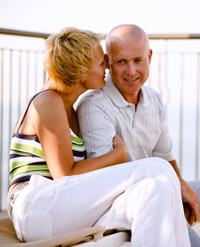 Saw palmetto is prescribed for men
for BPH

Saw palmetto often exceeds the effectiveness of commonly proscribed drugs for benign prostate hyperplasia (BPH). Saw palmetto often works faster, and has less side effects. Saw palmetto is widely prescribed in Europe, although it has lost the favor of mainstream medicine in the U.S., which is unsurprising given most American attitudes towards herbal medicine. 1

Historical, anecdotal evidence suggests that saw palmetto stops hair loss and triggers healthy hair growth. In the lab saw palmetto inhibits dihydotestosterone (DHT), an enzyme that is associated with male pattern baldness. Saw palmetto extracts are often one of the main ingredients listed in hair loss shampoos and hair care products for men ,often combined with Pygeum bark extracts. Conversly, this conversion of excess testosterone into DHT can also cause unwanted facial hair in women, and may aggravate acne.

Other Health Benefits. Saw palmetto berries are expectorant, mildly sedative and soothing to mucus membranes. Combined with other herbs saw palmetto is used in cough and cold remedies, and to ease breathing in asthma and bronchitis. The herb is also used to treat urinary disorders.

Saw Palmetto Side Effects: Unlike the pharmaceutical, there is no evidence to suggest that women of child bearing years should not handle saw palmetto berries. 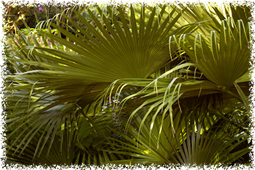 Saw palmetto is a scrubby little tree native to the Eastern seaboard from South Carolina to Florida. It is also found in coastal Southern California. The trees live to be centuries old, but seldom get taller than 6 to 10 feet. Crowned with three foot wide fan of long, spiky leaves, with red-brown, oblong berries. After ripening, the berries are partially dried and are used as medicine.

In the early part of this century, saw palmetto berry tea was commonly recommended for benign enlargement of the prostate and to treat chronic urinary tract infections. Used as food by the Seminole Indians in Florida, the berries have been used to ease upset stomachs and insomnia, but the older herbalists did not foresee palmetto's current status as the premier treatment for male prostate problems.