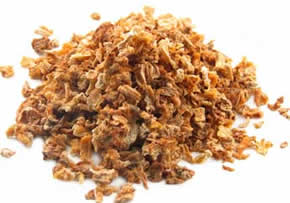 How to Use: Yacon Root

Yacon is a food crop cultivated in the Andes. The edible tubers contain a type of carbohydrate called fructooligosaccharides (FOSs), which have a low glycemic index and calorie value. Yacon FOSs are a prebiotic soluble fiber fermented in the colon by beneficial bacteria, including Bifidus and Lactobacillus spp. Yacon root and yacon root syrup show great promise as a sweetener for those who need to lower blood sugar and lose weight safely. 2

Preparation Methods & Dosage :Yacon root syrup is extracted from the fresh root and is available commercially, but it is extremely expensive. A better bet is to use yacon root powder to add sweetness to baked goods, smoothies and sprinkled on foods. You also avoid any adulteration with added fructose by used bulk root powder. A tea is made from the fresh leaves in South America, and fresh slices of yacon root are also eaten raw.

Yacon Root Side Effects: Over consumption may cause stomach distress and flatulence in some individuals. 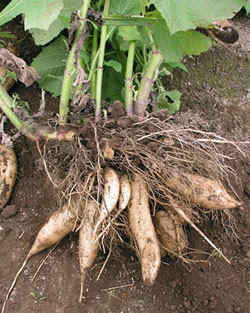 Roots can be eaten raw, and their sweet taste and crunchy texture give rise to the common name 'Earth Apple'. The main stem is also edible and is cooked as a vegetable in South American cooking. Yacon grows from Venezuela to Argentina at high altitudes and is in the same plant family as the sunflower. In Latacunga, an Andean city in Ecuador, it is associated with the Day of the Dead (November 2) 1