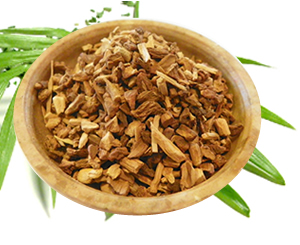 How to Use: Sarsaparilla

The spicy Sarsaparilla root is what gave old fashioned root beer its bite and is the part used medicinally by herbalists for the prevention of gout, arthritis, inflammations of the joints, and is particularly useful for scaling skin conditions, like psoriasis, especially when accompanied by irritation. (Hoffmann, David, Kindle Locations 28617-28618) Sarsaparilla root contains saponins, which likely work by disabling bacterial components called endotoxins. (Duke,James, Ph.D.) Endotoxins show up in the bloodstreams of people with immune disorders such as psoriasis and rheumatoid arthritis.

For many years, people thought sarsaparilla had testosterone in it, but there is none present, or for that matter in any plant studied so far. While the effectiveness of the claimed applications is not documented well enough to win approval from the Commission E, there is strong evidence of its effectiveness in folklore and traditional herbal medicine.

Preparation Methods & Dosage :Sarsaparilla can be taken in capsules or extracts, but then you would miss out on one of natures best tasting herbs. Use 1 - 2 teaspoons of the chopped, dried root for each cup of water, boil and simmer.

Sarsaparilla Side Effects: People with kidney problems or diabetes, should not take excessive doses. Not for long term use. 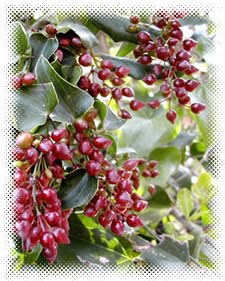 By the time the Spanish conquistadores arrived in the New World, they found the indigenous tribes using beverages made with sarsaparilla (sarsaparilla) as a general health tonic. This plant derived its name from being exported to Europe through Jamaica. The word Sarsaparilla comes from the Spanish Sarza, meaning a bramble, and parilla, a vine, in allusion to the thorny stems of the plant. Mountain Rose Herbs

Sarsaparilla root was registered in the U.S. Pharmacopoeia from 1820 to 1910 as a treatment for syphilis. (No longer supported)