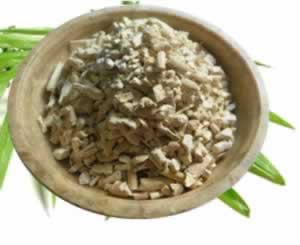 How to Use: Ashwagandha

Ashwagandha is often touted as the Indian version of ginseng because, like ginseng, ashwagandha is revered as a non-specific tonic and adaptogen. Adaptogens are important in cases of ongoing, chronic stress. Ashwagandha root rejuvenates without being over stimulating, so is more useful than ginseng in weakened and debilitated persons.

Ashwagandhas acts as a mild sedative, and as indicated by its botanical name somnifera, it promotes restful, deep sleep. Ayurvedic medicine has used ashwaganda as a general tonic for centuries and this herb may be just the thing for today's stressed and burned out populace. 1

One of the chemically active ingredients found in the leaves of ashwagandha is withanolides. These phytochemicals appear to have a steroid like effect, meaning that they indirectly increase activity of steroidal hormones like testosterone and progesterone. Because of testosterone's effect on sex drive, this could be what is behind ashwagandha's purported aphrodisiac effects. 2

Withanolide D has shown antibiotic and antitumor activities as well.3 Ashwagandha may prove to be a beneficial adjunct treatment like other standard therapeutics for fatigue, such as exercise, in those undergoing chemotherapy. 4

Ashwagandha also relaxes blood vessels and stimulates circulation and has an anti-inflammatory and tonic effect in rheumatic and autoimmune conditions such as rheumatoid arthritis and lupus. Animal studies have found that naturally occurring steroids in ashwaganda are more potent than treatment with the synthetic steroid hydrocortisone for controlling inflammation.5 Ashwagandha is also used in the treatment of low back pain and sciatica.

Mildly warming. Ayurvedic physicians prescribe the root as an all purpose tonic, a grounding herb that stabilizes mood.

Ashwagandha Side Effects: Not recommended during pregnancy, except under the care of an experienced herbal practitioner. 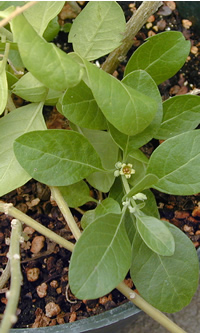 How to Grow Ashwagandha


Ashwaganda is a Hindi name meaning "horse's smell." The term refers not only to the smell of a horse, but also to a horse's strength.