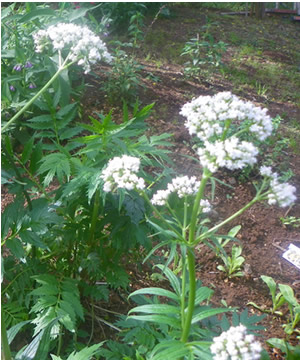 How to Use: Angelica

It is closely related to Dong Quai, one of the most respected female tonics in traditional Chinese medicine. Angelica is a traditional birthing herb used to help bring on a delayed labor and to help expel the placenta following childbirth. Angelica relieves painful and cramping menstruation, (Dysmenorrhea), and brings on delayed menstruation. Angelica is especially good when bloating or cramps are present. (Gladstar, Rosemary)

Angelica has a long history of use in colds , congestion, and fevers. Angelica root is warming and stimulating to the lungs, helping to ease chest congestion (Grieve, Maud)

Angelica contains compounds that act much like calcium channel blockers, which are often prescribed for high blood pressure and heart health. (Balch, Phyllis A. CNC)(Duke,James, Ph.D.)

Preparation Methods & Dosage : The entire plant is used, roots, stems, fruit and leaves, but the resinous root is the part used most often in herbal medicine. The fresh bruised, or dried roots can be taken as a decoction, are made into extracts, and are the source of the essential oil. A magnificent plant to grace your garden, the hollow stems can be candied as well. Angelica tea is warming to the soul and body bitter but not unpalatable.. Angelica essential oil is used in aromatherapy. Also available as an extract.

In the Kitchen: Young succulent stems and leaves can be eaten in salads, roasted or made into tea. They are also used for making candied angelica. Angelica seeds can be used for flavoring..

Angelica root has a sweet, warming, pungent taste. It is used in many Ayurvedic formulas for emotional balance

Angelica Side Effects: Because of its coumarin content, it may interfere with anticoagulant drugs. Angelica is a strong emmenagogue (a substance that induces menstruation) and should not be taken by pregnant women. 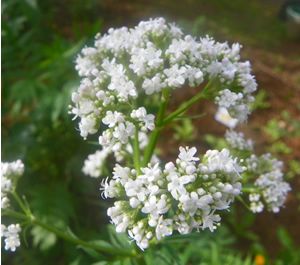 How to Grow Angelica

Angelica needs deep, moist soil and dappled shade, mimicking its favorite habitat of shady stream banks and cool woodlands. Angelica is a biennial that will die after producing seed in its second year, you can let the plant self seed, or top the plants when the flower heads to prolong the life cycle of the plant for a few more years. Seeds rapidly deteriorate and should be sown fresh in the fall when they are ripe. Angelica should be harvested in early autumn. Harvested roots should be dried between 38-60 C (100-140 F). OMAFRA

Related Species The Chinese species, dong quai, Angelica sinensis is widely used for womens health concerns. The North American native species -Angelica atropupurea has purple stems that set it apart from other angelicas, and contains many of the same active constiuents and uses in herbal medicine. However the plant grows in the same types of damp locations as poison hemlocks and is very similar in appearance to water hemlock - do not wildcraft unless your a supremely sure of the plant identification.

Its virtues are praised by old writers, and the name itself, as well as the folk-lore of all North European countries, testifies to the great antiquity of a belief in its merits as a protection against contagion, for purifying the blood, and for curing every conceivable malady. (Grieve, Maud)


Angelica was associated with many Pagan festivals, and after the introduction of Christianity, the plant became linked with some angelic lore as well. According to legend Angelica was revealed in a dream by an angel to cure the plague. Another explanation for the name is that it blooms on the day of Michael the Archangel (May 8, oldstyle) and is on that account held to be a preservative against evil spirits and witchcrafts of spells of all kinds, being also called "the root of the holy ghost". 1

Angelica is considered a root of magickal feminine power in the African voodun traditions. Angelica is used in a number of spells to bless newborns, protect against unruly, hurtful men, and protect and purify the home against enemies and unquiet spirits. 2