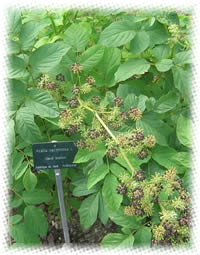 How to Use: Spikenard

Spikenard is known commonly as wild or false sarsaparilla, in part for the root's mild, pleasant, licorice like flavor, and has been often used as a substitute for sarsaparilla. As a member of the Araliaceae family, spikenard has a closer relationship to ginseng. Spikenard is antiseptic, depurative, diaphoretic, which makes it useful in a wide range of conditions including gout, rheumatism, coughs and lung complaints. Spikenard root tea is a traditional American folk medicine treatment and a purifying spring tonic. It is also considered healing to the skin.1

Spikenard Side Effects: Avoid when pregnant 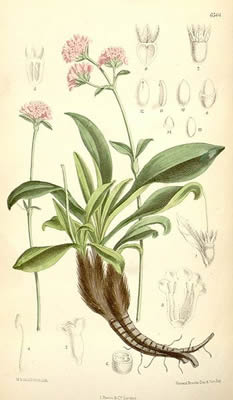 How certain of the winter birds gormandize on the resinous, spicy little berries! A flock of juncos will strip the fruit from every spikenard in the neighborhood the first day it arrives from the North. It should be understood that the Wild Spikenard, or False Solomon's Seal, has not the remotest connection with this tribe of plants.

The Wild or False Sarsaparilla (A. nudicaulis), so common in woods, hillsides, and thickets, shelters its three spreading umbels of greenish-white flowers in May and June beneath a canopy formed by a large, solitary, compound leaf. The aromatic roots, which run horizontally sometimes three feet or more through the soil, send up a very short, smooth proper stem which lifts a tall leafstalk and a shorter, naked flower-stalk. The single large leaf, of exquisite bronzy tints when young, is compounded of from three to five oval, toothed leaflets on each of its three divisions. While the true sarsaparilla of medicine should come from a quite different herb that flourishes in Mexico and South America, this one furnishes a commercial substitute enormously used as a blood purifier and cooling summer drink. Burrowing rabbits delight to nibble the long, slender, fragrant roots

How to Grow Spikenard

Plant in moist, loamy soils in a shady corner of the garden that most resembles its natural forest habitat. Sow seeds in fall and work up to pots. Transplant 2 feet apart. Grows to 6 feet tall.

Related Species The Wild or False Sarsaparilla (A. nudicaulis)

Spikenard is a native plant of the Eastern United States. The root has a long tradition of being used medicinally by Native American tribes. In the Appalachian mountains, spikenard root tea is a traditional treatment for backache. Mountain Rose Herbs (2008-07-15)

It is an herb of Venus. Galen saith, The roots of Spignel are available to provoke urine, and women's courses; but if too much thereof be taken, it causes head-ache. The roots boiled in wine or water, and drank, helps the stranguary and stoppings of the urine, the wind, swellings and pains in the stomach, pains of the mother, and all joint-aches. If the powder of the root be mixed with honey, and the same taken as a licking medicine, it breaks tough phlegm, and dries up the rheum that falls on the lungs. The roots are accounted very effectual against the stinging or biting of any venomous creature.
Nicholas Culpeper, 1653