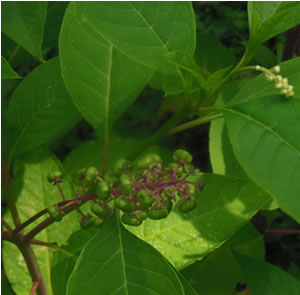 How to Use: Poke Root

Pokeroot use is rooted in the folklore of the Amercian Indian and early settlers and is a staple of poor country folk in the South. This does not mean that poke root is a safe herb, it is most certainly not for the amateur herbalist. Use of pokeroot to treat serious conditions such as lymphedema, testicular inflammation, ovarian pain, or as an alterative for cancer, should be medically supervised. External use of the tincture for skin conditions should be only be attempted by those who are very knowledgeable in the use of herbal medicine. Mountain Rose Herbs (04-15-2010)

Preparation Methods & Dosage :Tinctures and oils made from chopped fresh root. Tincture in a dosage of one drop (that's right, one drop) per day. Do not overdose. Most often found in topical applications like creams, ointments, and oils. 2

In the Kitchen: Poke salad , made famous in the "Poke Salad Annie" by a 1969 song written and performed by Tony Joe White., were a staple of poor households in the South. Several toxins have been identified in species of Phytolacca, usually concentrated in the roots, and the tender young shoots must be boiling 2 to 3 times, discarding the water after each, to make them safer for consumption. The seeds of the berries are toxic, which hasn't stopped frugal country women from baking them into pies, and the berry juice has been used in folklore as an arthritis cure. All told, you may wish to pass on eating poke leaves and berries, for less dangerous foodstuffs.

Poke Root Side Effects: Many authorities advise against eating pokeweed even after thrice boiling, as traces of the toxin may still remain. For many decades, poke salad has been a staple of southern U.S. cuisine, despite campaigns by doctors who believed pokeweed remained toxic even after being boiled. The toxins in the plant are concentrated in the roots, which should be used only under supervision of a professional in modern herbal medicine 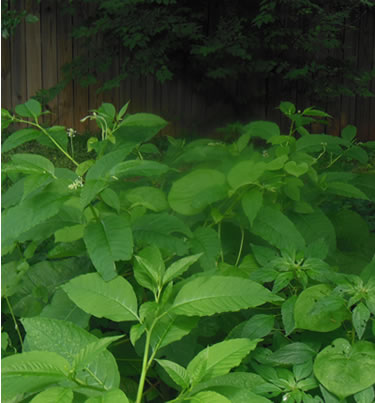 How to Grow Poke Root

Poke pops up around the garden whenever the soil is disturbed or plowed. Harvest the root in the fall when the stalks turn brown.

The uses of poke were handed down to European settlers by the American Indians who valued the plant as an emetic, and as a remedy in gonorrhoea and syphilitic rheumatism. Early American medicine used the root in ointments for the cure of many skin diseases, notably: psoriasis, eczema, capitis, and tinea cinata. A tincture of the berries was found to be curative of syphilitic and gonorrhoeal rheumatism as well as nonspecific forms of that disease. Also used as a stimulant vulnerary is syphilitic ulcers, and as a softening application in mastitis,as well as scrofulous swellings of the glands in general. It was experimented with as a cure for cancer but its success in the cure of these maladies never became noticeable.1